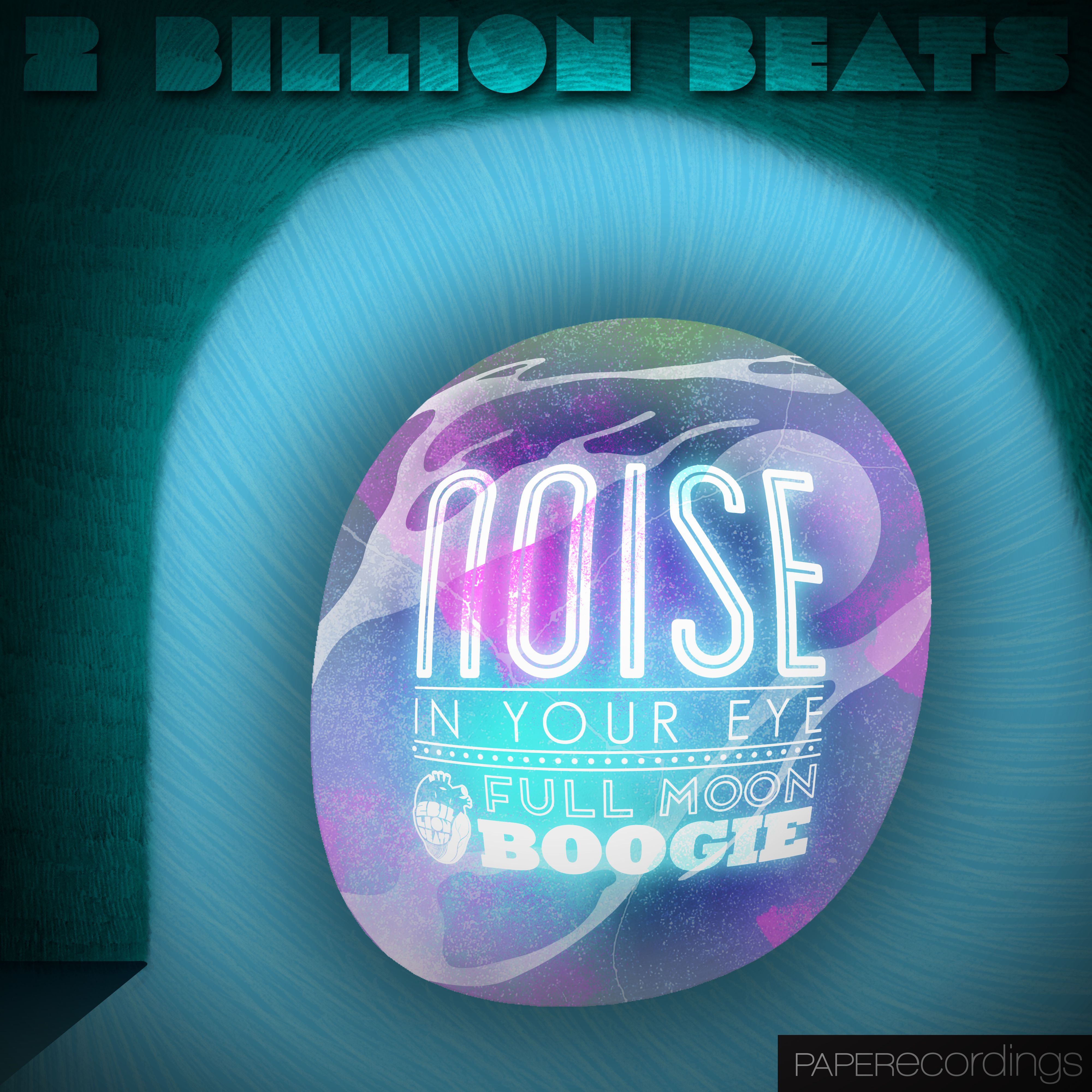 Here is the first EP in a double header to mark Paper’s 150th single release.

2 Billion Beats’ Tom and Col have been sat in their studio wearing Day-Glo and high tops waiting for the invention of the hoverboard to no avail. So to kill time they cranked up their collection of 80s synths, set to work and came up with a couple of tracks that could soundtrack Summer 2013.

Noise In Your Eye is a BIG floor disco track that plugs an LCD Soundsystem shaped hole. So much so that it was played by James Murphy at The Warehouse Project this Christmas. The mystery is, nobody knew how he got hold of it but a wayward licensing CD is thought to be the culprit!

Heavy 4/4 beats and a locked down bass start things off before the piano is intro-ed, followed by strings and the sample weaving it’s way in and out. With synth noodlings, the track keeps building before it breaks for the chord change and all sorts of mayhem breaks out.

Full Moon Boogie is on a similar tip of 80s inspired disco and it’s all about the piano at the end. A stuttering synth bass and nagging top line build tension until 2/3rds through when it drops to a piano that’s been nicked from the middle of The Hacienda’s dancefloor at 1.30am on a Saturday night in 1993.

Ralph Myerz – REALLY digging Noise In Your Eye. I’m a huge fan of 2 Billion Beats but really feel that they have taken their stuff to the next level with this release. Full support from me for a looooong time!

The Glimmers – Love it!

Sleazy McQueen – I’m totally into Noises in my Eye!

Cowbell Radio – Two of the best tunes of 2013, no doubt, both have been massive on Cowbell. Noise in your Eye just gets the nod, but Full Moon Boogie is a proper ‘break glass in case of emergency’ dance-floor filler! Amazing work fellas!

Daniel Solar – Noise in your Eye for me.

Wrighty (Soul Buggin) – Noise In Your Eye has got Soul Buggin’ written all over it, nice work.

Get Down Edits – Excellent Release, Full Moon Boogie is gonna be the dancefloors friend for sure.

Joe Morris (Clandestino) – These are massive! Got electric elephant written all over them, which as luck would have it Im playing at so Ill defo give them an airing chaps

Stuart Knight (Toolroom) – Whos nicked my lino!!! This shit makes me want to do a back spin…Full Moon Boogie is the one for me…more quality from the PAPER crew …Nice

Show You by Leon Sweet goes worldwide
Scroll to top